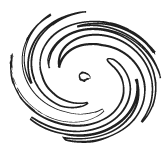 I have a large house, but that’s not always the answer to everything. Believe me.

Someone asked me the other day about my various housemates over the years, and I realized once again that I really had some epic tales to tell! So, here’s one, prefaced by a warning: Though I’ve done it several times, taking in someone who always seems to be a victim of life or circumstance is rarely (if EVER) a good idea!

Ever had a friend or acquaintance who spent his or her life in a state of total oblivion — Someone completely out of touch with reality and common sense — Someone for whom empathy is a alien concept? I have, and let me tell you, you do NOT want such a person for a housemate either, especially if they are also a perpetual “victim”.

About eight years ago I made the mistake of taking pity on someone I’d known for a long time — though she’d never really been a close friend — and agreed to let her stay with me for a few weeks. Let’s call her Hurricane Sandy (which may or may not be her real name), and I should have known better than to allow her to come ashore in my house, because I already knew her to be force-4 flakey. In any case, her “temporary stay” stretched into three agonizing years.

She had left her husband, expecting him to come after her and beg her to come back, and while awaiting this miracle had been living for a while with her mother. She claimed to have been taken advantage of there and to be miserably unhappy. Her husband — whom I also knew — had not come after her as expected (by her if by no one else), and she claimed she desperately needed to get out of her mother’s house for just a little while. She had no money to pay rent, but she offered to do housework in return for a friendly, temporary roof over her head, and I made the mistake of saying “Okay”. BAD choice. BAD!

I’ve had worse housemates, believe it or not — meaner, sneakier, dirtier, more narcissistic and more dishonest — but none batshit crazier, more oblivious, or more determined to be a victim. You know what they say about trying to talk to a wall? Well, try talking to a force of nature.

First of all, she insisted upon setting up housekeeping in my attic, which is and was a storage area for everyone living here. That meant everyone needed to be able to go up there to access their stored belongings, but she immediately began locking the attic and denying everyone else that access. Like a freaking vampire, she went up to bed at around 7am — that’s right “AM” and rarely came down again before 5pm, so the attic stayed locked all day. No one could get in, because she was sleeping and had the door locked, and if anyone went in there when she WASN’T in the attic she accused them of messing with or stealing her belongings. Sweet!

She had two trucks, but refused to get a valid Georgia drivers license, or new tags, or insurance on either of them, so neither one was street legal. They took up space and leaked oil on my grass, but If she wanted to go somewhere, she expected me to take her, even if what she wanted to do was to hang around Walmart after midnight (and I’m not kidding about that). It never occurred to her to offer me anything for gas, and she completely failed to understand why any of this was a problem for me. If I refused because I didn’t want to go out in the middle of the night when I needed to be — say sleeping, she got angry and sulked and pouted like a three-year old, because, of course, I was just being MEAN!

Also, after getting up at 5pm she would stay up all night every night and turn on every light in the house. When I told her not to do that, because she was running up the electric bills, she said “But I don’t like the dark”. Really? She also refused to leave the thermostat alone, or to stop turning on the gas brick in the basement fireplace and leaving it burning all night — running me out of gas. I told her to stop those things too, and she said “But I’m cold”. When I told her to put on another layer of clothing, she said “But I don’t want to”. It didn’t help to tell her “Well, I don’t want to pay $400-$500 power bills, and constantly buy LP gas either!” Nope. She just didn’t get it.

I couldn’t stop her from turning on the lights, but I took out some of the bulbs and replaced others with fluorescent or halogen substitutes that used less power, and I installed lock-boxes over my thermostats and removed the keys regulating the gas in the fireplaces to stop her messing with those — and she had the nerve to be mortally offended when I did so.

She prided herself on having a “sensitive nose” and would complain if I used potpourri or air freshener in the house. In fact, she’d take the potpourri or the air freshener I’d just bought and throw it into the trash — and then deny doing so, even while complaining that it “Stunk anyway”.

She hated it when anything at all in the house was moved, so if I relocated a piece of furniture she would move it back. It didn’t matter that the house was mine and that I wanted the item moved. Nope, and if I said anything she’d reply “But I don’t want it there”. Really?

She complained to other people, including rednecks at the corner convenience store, that she was being mistreated here and wasn’t getting anything to eat. I heard that the store owners were actually giving her leftovers from their food bar until they caught her shop-lifting snacks from the shelves and banned her from the store, but apparently she hadn’t seen anything wrong with helping herself when they were already giving her food anyway. Logic? Really?

As for my part in this, feeding her was NEVER a part of our arrangement, even if she hadn’t been tripling or quadrupling my utility bills. She was supposed to get a job, which she never bothered to do. She was going to clean houses to earn money, but she refused to work for strangers and was indignant because my friends didn’t hire her. My friends didn’t hire her because 1) Most of my friends couldn’t afford a regular housekeeper in the first place (which was somehow another alien concept for her), and 2) She was INFAMOUS for gossiping — and worse than a tabloid for MAKING UP gossip — so no one really wanted her in their homes nosing around and poking into their privacy. No way I could blame them either. None at all.

She also picked fights with my other housemates. She would repeatedly goad and provoke them for no reason, and if they responded by raising their voices (at all) she would actually call the police and claim she was being threatened. Really??? Having been present for a few of these altercations, I knew who the instigator was, but when I told her she was out in the cold if she did it again, she was flabbergasted, accusing me of having no concern for her personal safety. When a call went in to the police from my address I wanted it to be taken seriously. I didn’t want to risk the police thinking it was just another nuisance call from a nut-job who was constantly “crying wolf”, and I told her so (well, a bit more politely, but still….), but that didn’t get through to her either. Imagine that! She got mad, but she simply didn’t get it.

She also was livid when a friend of mine (one she’d just met three days earlier) didn’t invite her along with us on a vacation trip, and she was furious when I locked my personal pantry and freezer to keep her from pilfering. She went on rants if I vacuumed or used the lift during the day — or if we used the lawn mower. After all, she was trying to SLEEP, so just how inconsiderate could we BE!!!?? Really??

I could go on, and On, and ON, and (believe it or not) there were worse things she did, but by now you probably get the idea. She just didn’t care what anyone else wanted or needed, or whether she created a hardship (or even a danger) for someone else. It was totally all about her, and what she wanted, and I finally realized what I should have known before — that she had no empathy at all. None.

Well, the rest of us finally got rid of her by taking the opportunity (one weekend when she was off with her son) to rearrange furniture all over the house. I know that sounds strange, but when she got back she wigged OUT, and started screaming that she couldn’t live with that sort of treatment — implying that we’d just done it to upset her, which, of course, we had. 😉 She declared that she was moving out, and probably expected me to try talking her out of it — only I didn’t. Instead, I asked her if she needed help getting her stuff together and loaded.

She moved out, thank GOD, and went back to her mother’s. By then her husband had divorced her behind her back claiming desertion, and thus avoiding epic histrionics and drama, and I can’t say I blamed him for that. I was considerably pissed that I wound up having to be the one to TELL her about it, but no way I blamed him.

Of course, within a few months of moving out she was calling me again, claiming she was being mistreated at her mother’s, but then that was her M.O. No matter where she was, she was always a victim, and always being mistreated, and when she asked if she could come back to my place my answer was simple: “Nope”.

“Why not?” she asked. “Because I can’t afford you” I said. “I can’t afford $400 and $500 power bills, and constant LP Gas deliveries, I want access to my own attic, I like air freshener, I don’t like the police being called regarding bogus threats, and I don’t need the drama. Also, neither Jason nor Alicia would stand for it”.

Well this last clearly baffled her. “But I thought we were cool when I left” she said, and for once I decided on blunt honesty (as though the above hadn’t been blunt enough). “No” I said, “You were not even remotely cool. They really hate you”.

I told her I wished her well, but that she could not come back. She hasn’t called me since, and I suppose I ought to feel guilty, but I’m afraid I don’t. I dealt with her weirdness and total lack of empathy for three interminable years, and feel I’ve more than paid my dues – financially and emotionally. So, while I do wish her well, I expect her to be well elsewhere. Not here. Never again.

Thus ends the tale of my own personal Hurricane Sandy.

Subscribing to Positivity »
« “Thunder and Lightning”