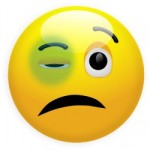 In recent weeks, since accusations were first leveled against Hollywood mogul Harvey Weinstein, hundreds of women — probably far more than we know about — have been coming forward to accuse dozens of famous or powerful men of Sexual Misconduct. Politicians, and actors, and musicians, and athletes, and respected TV personalities are now under severe scrutiny by the nation — even if many can never really be charged “legally” with anything — and the allegations vary from the truly heinous to fairly-innocuous-but-stupid-and/or-juvenile.

Actors are being cut from movies and series, TV personalities are being suspended or fired from their jobs, and long-time politicians are being forced to resign due to accusations being made, and I think we’re going to find out eventually that while some few allegations are not going to be true a great many of these will be proven and substantiated. Unfortunately, it’s likely we’re going to find out that a lot of our entertainment and political idols (do people still actually have those?) have feet of clay — and possibly groping hands and dangling “nether bits”.

If the man in question is a career offender, who has long believed himself entitled to engage in such behavior by virtue of his gender (the “boys will be boys” defense), his fame, or talent, or political power, or athletic prowess, or wealth — and has never previously been called upon to change that behavior or answer in any way for it — then he definitely needs a serious reality check, even if long overdue, and finally to be held accountable, even if only in the court of public opinion.

We’ve all heard stories for DECADES about “the casting couch”, and whether we like it or not it has long been tacitly accepted that women (and occasionally men too) wanting to work in certain industries or arenas were just going to have to tolerate being objectified and subjected to the unwanted attentions of those in power — or see their careers go down the drain.

There are many reasons why victims haven’t always spoken up in the past. When I was in college, a lot of people still blamed women when they were sexually assaulted (the “she was asking for it” defense), and what we now call “date rape” was not really a concept. It just wasn’t “rape” if no actual violence was involved.

But even if there WAS violence….

One friend who dated an athlete came back to the dorm one night with some serious bruises, but refused to report it because she believed she would be socially ostracized for making accusations against the young man — who was a valuable member of one of the teams.

Such things rarely got reported, and for a variety of reasons.

Another college friend once called me to pick her up after she’d been beaten and raped on a date with a boy who (as it turned out) had done it before, but she refused to report it. Why? Because she believed that her father, if he found out, would kill the boy and wind up in prison. Maybe she was right, though we definitely put the word out about the boy, hoping desperately to spare any other girls being similarly victimized and believing at the time that this was really ALL we could do. Sadly, we probably were right.

But, the people who have been enabling sexual abusers without being victims themselves need to think long and hard concerning their own culpability as well. Few things can, after all, exist in a total vacuum, and I still regret not having felt empowered to report things that have happened in my own life.

That having been said, however, why do they only seem to be accusing the “talented” people? Why is no one going after the no-talent reality stars we’re all being subjected to? I would LOVE to see some of THOSE shows cancelled, and you cannot tell me that some of those guys aren’t ALSO total assholes! Hell, a lot of reality shows CAST for bad attitude and bad behavior — though not only in their male cast members, of course. So if we elect the politicians who sling the most mud, and watch and make celebrities out of people who behave badly in front of cameras, what do we as a society really expect of those “celebrities” in real life?

Just sayin’, and just a personal opinion, for what it’s worth.

2 thoughts on “Speaking Out”