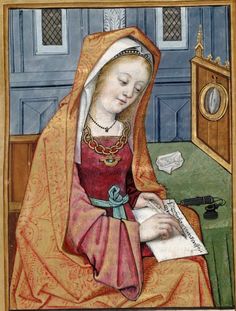 Everyone today seems to be obsessed with “STYLE” and with designer fashions, and with “WHO” people are wearing.They want designer shoes and purses, and clothing, and jewelry, and lately even furniture that has the names of celebrities tagged on it.

I’ve often wondered why I’ve never been consumed with style and fashion, and after considering this I’ve decided that it goes back to early childhood when going to church or even going shopping meant being dressed to the nines in horribly uncomfortable clothing and shoes — all of which I was going to be stuck wearing for long miserable periods of time.

When I was a child it was frilly nylon dresses that stuck to my skin, scratchy crinolines, and hard patent leather maryjanes (with no “give” in them) that rubbed my feet and made me want to shuck them off and toss them out of a really high window. All I could ever think of while dressed that way was getting home and getting out of those clothes as soon as humanly possible.

Then as I got older it was hot, sticky nylon stockings and rubberized girdles worn with pointy-toed high heel shoes that forced my toes together and rubbed blisters on my heels, and — once again — dresses made of synthetic materials that did not “breathe”. I can remember very well how desperately I always wanted to get home and out of those clothes — no matter how nice my mother thought I looked in them.

Back then, of course, I didn’t understand that I would have been at least SOMEWHAT less miserable if I’d insisted upon natural fabrics like cotton, wool, linen or silk, even if I were still stuck wearing colors I didn’t like (because they were currently “in fashion” and thus nearly the only colors available), stockings,(the dreaded) girdles, uncomfortable shoes, and let’s not forget painful clip-on earrings because my mother wouldn’t allow me to get my ears pierced. Hint: I did it anyway as soon as I found a willing friend with a tapestry needle and some ice, but that’s another story.

Panty hose, when they appeared, largely did away with girdles, thank God, but they were still made mostly of nylon in the beginning, and so were still hot and sticky, and even in college the materials most trendy clothing was made from seemed to be synthetic and hot. The comforable things — long flowing flower-child dresses, cotton skirts and jeans with tunics — weren’t really stylish unless you wanted to look like a hippy — but for a while they were trendy and I was “almost” in style and comfortable at the same time.

I’ve never had a job that required me to be stylish — only friendly, efficient, and reliable — so I never had to build a wardrobe of stylish work clothing, and I generally hate shopping. I’m one of those people who goes into a store looking for a particular item, and If I don’t see anything I like I leave. I suspect this is because my mother used to take (meaning “drag”) me shopping when I was still living at home, and I’d find one or two items I wanted to try on — but then after I got into the changing room (i.e. “trapped”) she would appear with 37 other items I’d deliberately and willfully passed over, insisting I try them all on as well. That used to drive me crazy, because I never once agreed I wanted a single item she did that with — but I was still stuck trying them on. They were always the wrong colors, the wrong styles, and the wrong fabrics. Go figure.

Even today, when I want to buy a nice dress or pants or a top I either have to buy the fabric (assuming I can find cotton, linen, silk or wool in a color and pattern I like) and make them myself or I have to spend hours and hours and HOURS trudging through numerous stores trying to find items in colors and styles I like, and also in natural fabrics (that’s the REAL challenge). I keep hoping an all-natural fabric clothing line will appear — featuring clothing not designed only for tall, narrow-hipped 18-year old runway models, or a store carrying all natural fabrics, but that never seems to happen.

Ask me why I favor SCA Garb?  Because I can make it is styles I like out of fabrics I like, and the styles never change. 14th Century is going to STAY 14th Century!

I really like the looks of some designer jewelry, but most designer handbags I see look like something I’d expect to find at Walmart, and the designer shoes are mostly all back to having painfully pointed toes and high heels that force your feet forward and down until your toes feel like they’re being compressed into a medieval torture device — and most of them would look silly on an average woman anyway, especially one much over the age of 30.

So here’s the deal! If someone comes up with some stylish, affordable, natural fabric clothing in colors and patterns I like and don’t require me to be under 25-years old to look good in them, I’ll make an effort to be stylish. Until then, I’m afraid I’ll be a frumpy, but comfortable, old lady, and the designer clothing I wear will be designed by…ME! 😉

I Walk the Line »
« And The Beast Goes On