There are several open doorways in my basement that do not yet have doors set into them. Two of these are standard-sized openings, into which I can easily slide pre-hung doors as soon as I can afford to purchase those items, but one is an odd-sized opening too narrow for standard double doors and too wide for a standard single door.

I’ve long debated what to do with this opening, and I’ll admit that I’ve considered many rather colorful options. One, since I live in a Castle, was to build a fake dungeon door out of old barn wood and wrought iron fittings, and attach the huge medieval reproduction lock I found years ago to add to the effect. However, the storage area behind this opening really does need to be accessible, since it has a refrigerator on the other side to supply ice for the bar and extra food storage for parties and for housemates. That means really locking it would cause problems.

So I decided to go with a “secret door behind a bookshelf” that matches the others around the room, and I promptly got busy designing one — succeeding surprisingly well. God, I’m Good!!! I think it’s going to work very well indeed, and Jason — Bless Him — has taken it upon himself to get started with the basic construction. I’ve had to rein him in a bit because he had some notions that I knew wouldn’t be workable, but we’ve now gotten everything planned out except for the latching mechanism — which is proving to be a challenge.

I was unsurprised at how very many people have gone on-line to find out about such latches, but surprised that SOMEone hasn’t started marketing them. At least, I haven’t been able to locate anyone who is doing so, but if any of my readers can aim me at a source I’d be very appreciative! Extra points if you can find one that works with a tilting book!!!!! 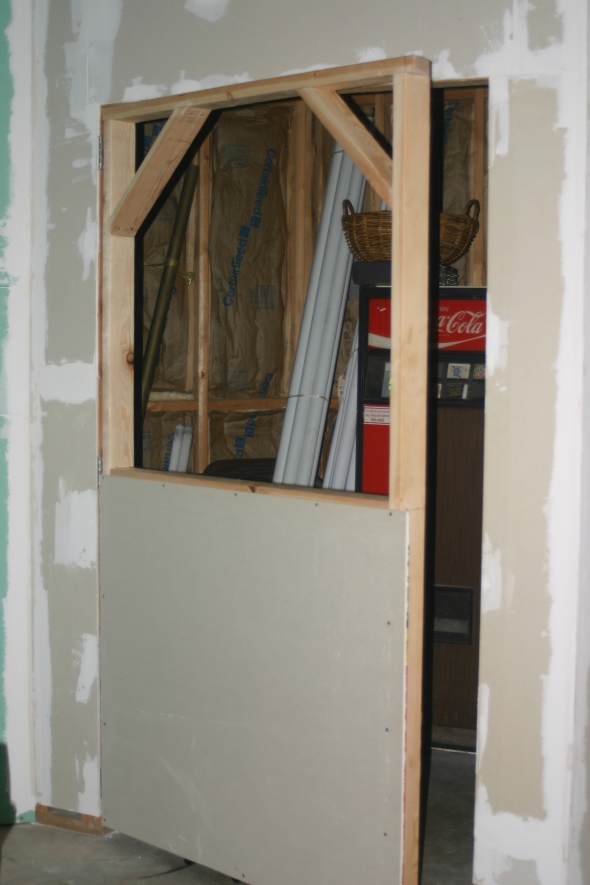 From the outside, partially open. 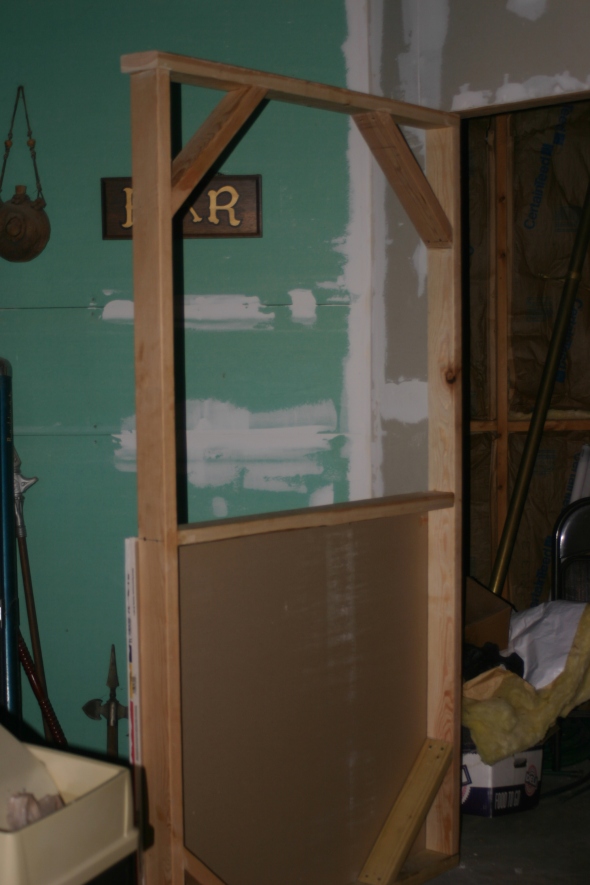 From the inside showing structure.

From the outside showing partial dry wall.

Shelf similar to what will cover the door when finished.

Garden of Earthly Delights? »
« We Have Come For The Dream